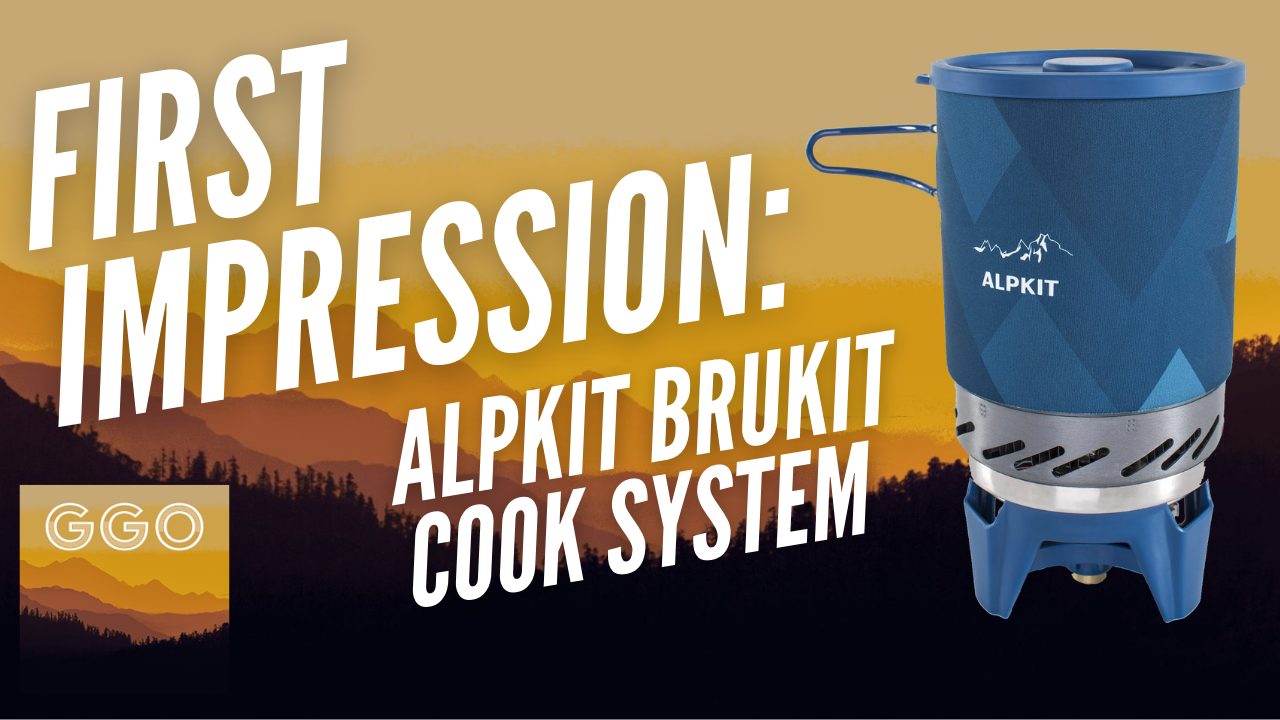 We’ve side-graded to an Alpkit Brukit from a Brukit Jackal. Our Jackal was one of the ones that had a faulty burner unit (See Alpkit’s blog post from December 2017) which meant gas could leak on certain canisters. Ours was fine with every canister we tried until 2020, when we picked up a 100g unit from Decathlon, at which point it leaked as soon as we tried it. This canister works with very other stove we have, so we knew it was the faulty burner issue.

Alpkit had a straightforward returns policy for this and they offered to replace it free of charge. The only problem was that the Jackal was no longer made, only the larger 1.2 litre Brukit (they formerly had the 1.0 ltr Jackal stove and the larger 1.3 ltr Wolf in their range). Another problem was that the replacement was out of stock – a common problem with Alpkit items due to their great price/performance ratios. A few weeks later the Brukit arrived and we’ve uploaded a YouTube video to go over our first impressions of the new stove.

See you next time!